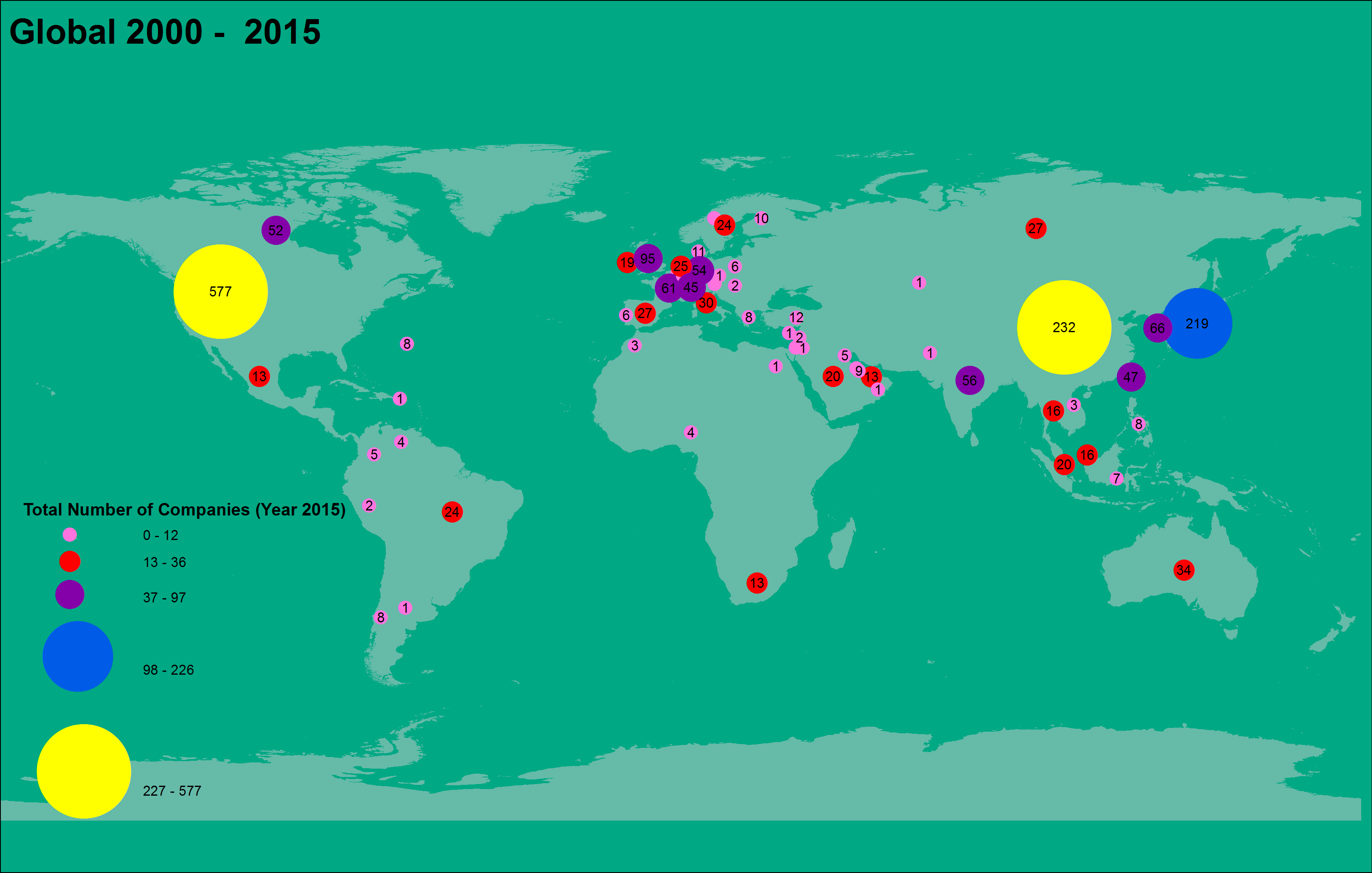 It was great to see new Global 2000 list for the Year 2015. Lot of changes happened, again China and the USA are ruling the economic market. China Banking market is taking top four spot compare to three last year 2014. Berkshire Hathaway is maintaining its 5th position. Total number of companies in the USA has increased from the 563 to 577. Global 2000 Company ranking are published by Forbes Magazine every year and it uses sales, profit, assets and market value to assess the position of companies.

For 2015 China total number of companies has increased from 207 to 232 with 12 percentage of increase and Japan went from 226 to 219 with 3 percentage decrease. Japan has lost its 2nd position to China. 4 companies were added up for the United Kingdom, went up from 91 to 95. France saw changes, was 66 last year and came down to 61. It lost it,s 5th position to South Korea.

The table showing the percentage change:

This year 61 countries were on the Global 2000 list. Cayman Islands, Mauritius and Togo could not fine their spot this year but Argentina and Cyprus were the new name. This year total sales is 38.97 trillion, profit is 2.9 trillion, market value is 48.07 trillion and assets value is  162.24 trillion.

Asia top the position with 794 companies and then the North America with 638 companies. Asia took 40 percentage , North America took 32 percentage and Europe have 22 percentage. See below table about the Total Sales, Profit, Assets and Market Value. 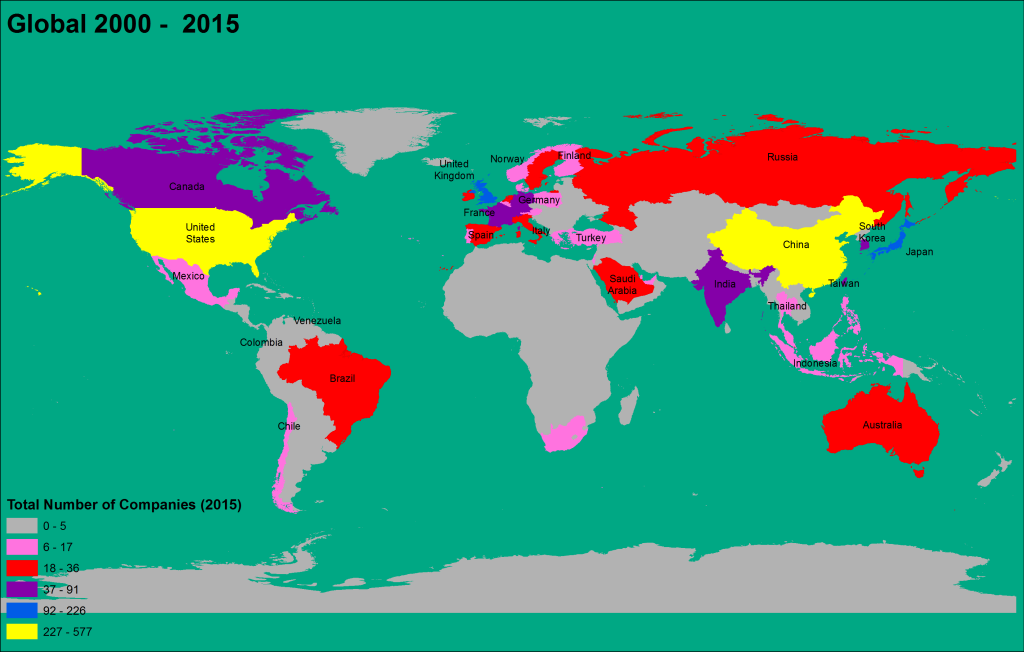 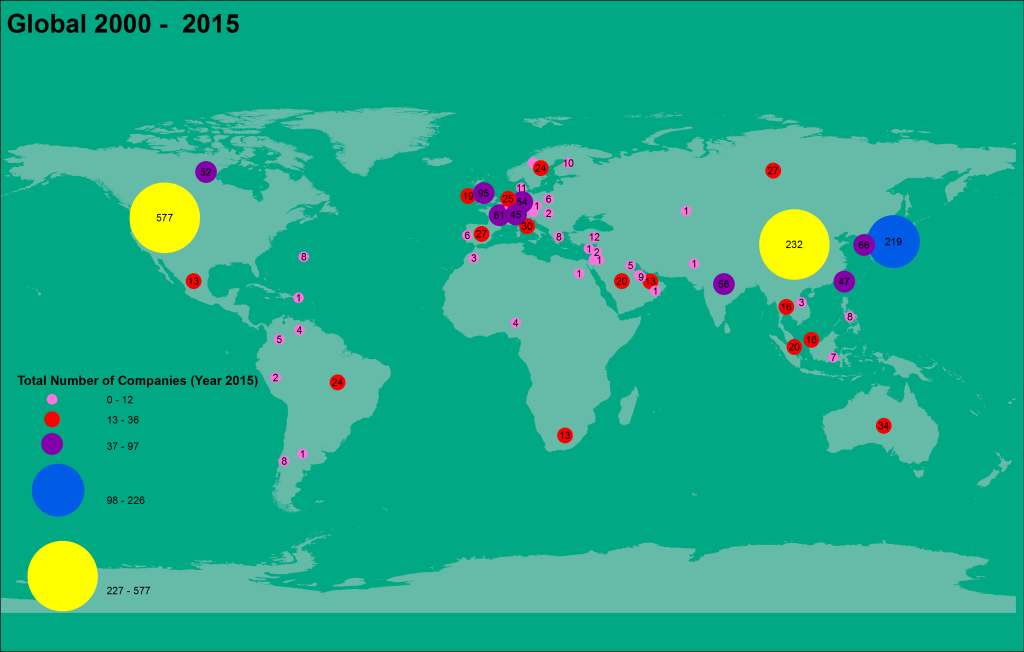 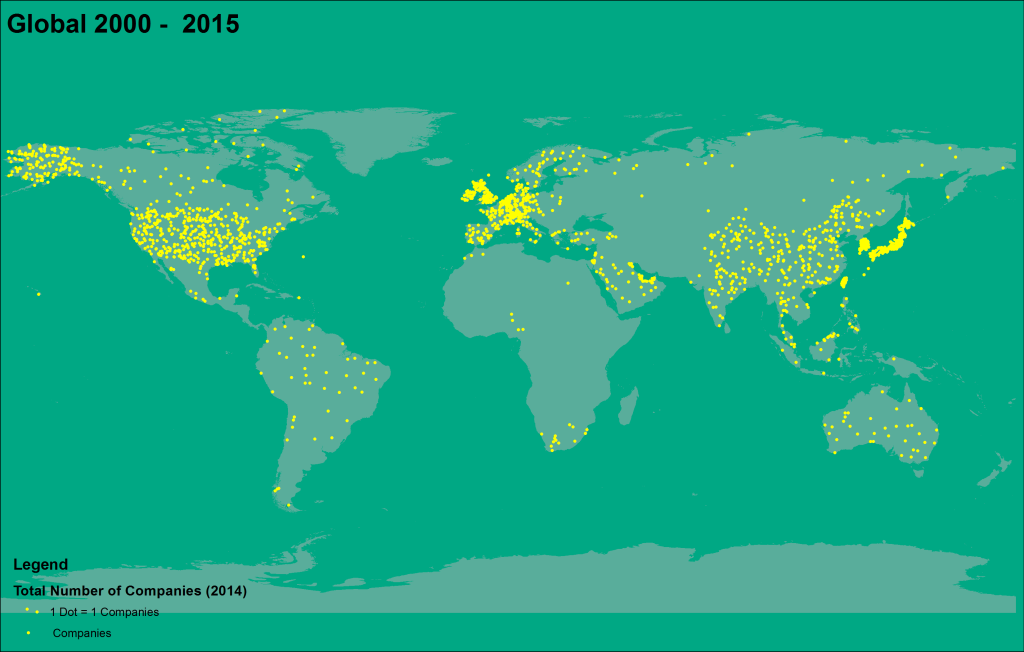