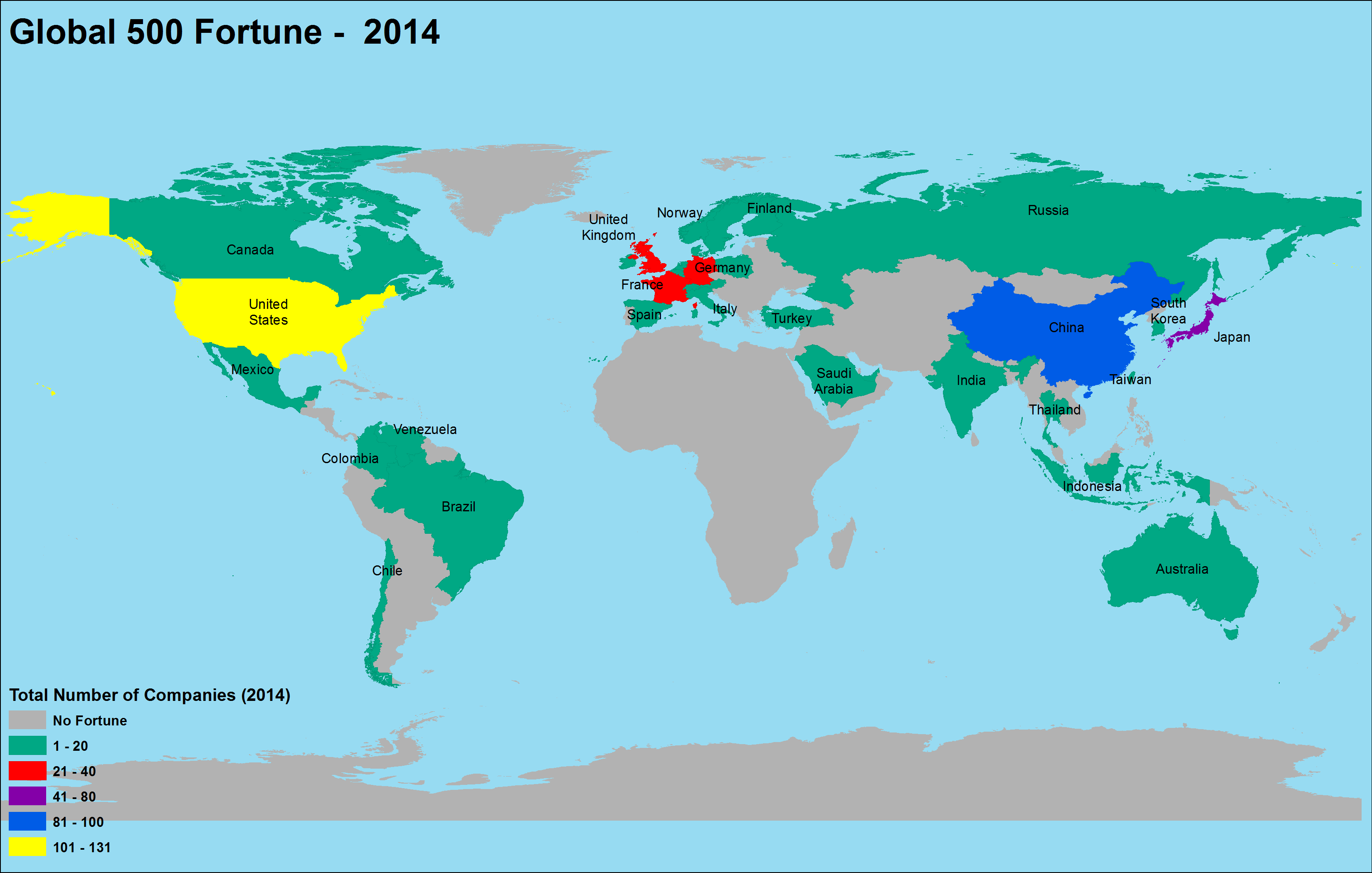 Global fortune 500 is the list of 500 companies in the world which are measured based on their revenue. This list is compiled and measured by the Fortune magazine every year. Global Fortune 500 was born in year 1995, before year 1995 fortune magazine only published 500 list of USA companies. Cutoff date for measuring revenue is on or before march 31st . Every year list changes its geographical location, please see below maps. To qualify for the 500 list all the companies should publish their revenue to their government agencies. Company get’s disqualified if they did not publish their revenue. 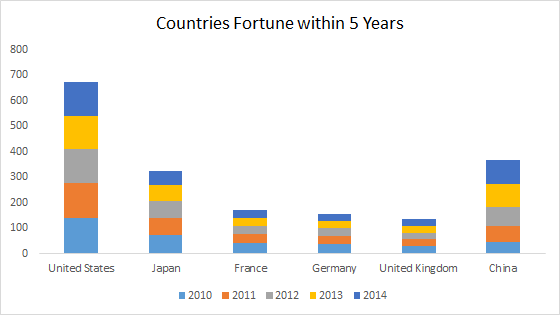 I would like to give credits to following websites from where I collected data but not responsible for any errors or omissions . http://en.wikipedia.org/wiki/Fortune_Global_500, http://fortune.com/global500/, http://topforeignstocks.com/downloads/, http://www.economywatch.com/fortune-500-companies