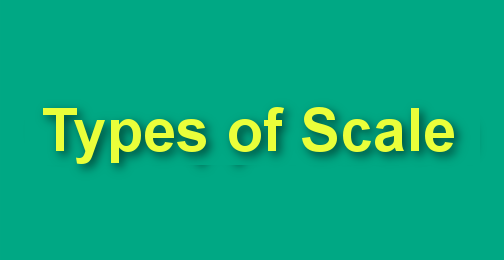 Mapping is a map creation process to show a part of Earth’s specific surface detail. A map creator positions the exact location of a mountain, building, road, and bridge. Mapping uses computer graphic, hand drawing, and painting to show the detail of the map’s landmarks.

Mapping provides important information about the landmark features. Maps analyze changes to a structure or landmark. A map requires regular update if there are significant changes observed in land features. One example is showing the presence of newly constructed buildings, roads, and bridges.

A map scale is the map distance ratio that corresponds to the actual ground distance. The scale on the map presents a distance measurement between each landmark. As an example on a 1: 1000000 cm scale map shows that 1 centimeter is equal to 1 kilometer on the ground.

· Scale updates recent changes in the map distance. These are the presence of new buildings or road networks.

· When a new map is recently created, the scale compares the differences between the new and old maps. The comparison detects changes or improvements between the two maps.

· The presence of scales in a map educates the readers about the prominent landmarks and structures. The map users learn the distance value and the name of prominent features in a specific land area.

· A map scale guides anyone when visiting an unfamiliar landmark. The scale provides details about the landmark including their distance on the map.

· Scale prevents confusion between two or more landmarks. Each scale provides factual information to avoid misidentification of a landmark.

· Measurements on each landmark scale help travelers cut travel time. There are numeric ratios indicated in the scale to calculate an estimated travel time.

· A map scale informs the public if landmarks are disappeared. These are demolished buildings and roads affected by either nature or human beings.

2. Linear Scale: A linear scale shows the distance between two or more prominent landmarks. The linear scale on maps is a set of lines or dots that represents a landmark. An example on the left photo is a map using a linear scale on each road.

3. Verbal Scale: This type of scale use simple words to describe a prominent surface feature. A verbal map scale expands abbreviations to describe a landmark or an object. An example is the image to the left describes a scale as cm is equal to 15 kilometers.

One extra types of Scale that can be added in geography books:

4. Changed Scale: Maps presenting a large amount of distance such as 1450000cm are difficult to describe. A changed scale type acts as an alternative to a large ratio or a metric scale. As an example, the metric ratio scale of 1:1450000 changes into 1 cm = 15 km.

Scale Use in Geography:

2. Accuracy: A scale presents an exact value of the object illustrated in the map. Accurate landmark information provides landmark facts and figure. Examples are naming a street, building, mountain, or road.

4. Time Management: A scale conserves time and effort while studying the map’s land geography. Each scale details the landmarks and geographical distance. Map readers are no longer required to conduct a research to understand landmark geography.

5. Introduce the place to visitors: Tourists relies on scale maps to navigate the landmark’s geography. The scale map educates the tourists about the landmark’s name and the distance between land features. As an example, the map illustrates the total distance of the white sand beach, which is 8 kilometers long.

6. Education: Scales in map increases anyone’s knowledge about the geographic details of an object, scene, or a geographical position. The scale provides the actual name of the object to prevent confusion. An example is Mount Rainier, which has an elevation of 4,392 meters above sea level.

1. Large Scale Map: A large scale map makes every object or a landmark appear larger. Building and roads are clearly recognizable. The large scale map shows the name of malls, bridges, and the names of streets.

2. Requires Thorough Research: A scale needs a reliable information source about the actual name of the landmark. The purpose is to verify the name of the object and the distance between landmarks.

4. Expensive: Creating a map scale costs a significant amount of money. The equipment and the professional services of scale creators require fees to install a scale on maps. Each scale can cost from hundreds to thousands in USD currency on every map scale.

5. Safety concerns: Making a scale map risks the creator’s lives and the health. Creators site visit might be a unsafe. As an example, scale map creators encounters road accidents or injuries while conducting a survey.

First Air Photo of the United States by NASA