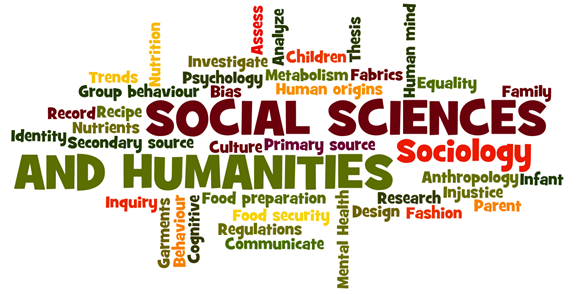 Social science is a discipline that tends to study and investigate how humans live and associate with each other in society. It also explores the various way human have led their lives through politics as well as the past customs or current ways of doing things known as culture. They also investigate how humans are struggling to survive with the limited resources available known as economic geography. This extensive study on human ways has led to a man studying and exploring the earth more extensively than ever. GIS has thus also realized a major role in these social sciences that form an integral part of human beings. Some of the applications of GIS in social sciences include:

1. Public health: Public health seeks to address the health issues affecting people at the basic level or even at a larger national perspective. In the case of disease outbreaks, GIS is among the few systems that the government uses to do statistics. This does not, however, always mean that GIS is used only during crises but is also applied to ensure prevention and control of certain diseases. GIS ability to provide the mapping capabilities has proved to work well also with the health sector. Patterns of past diseases on a map are also sharable and displayable on digital maps. These maps can be zoomed for increased clarity and view of more study areas. The availability of digital maps at any part of the world has over the years contributed to the huge ambiguity of GIS in the health sector. With these vigorous functionalities, better decision making is realizable to the fullest in health-related issues. GIS can also be used to determine the relationship between geographic features and diseases contracted by persons living in those areas. Secure geographic information systems can be used to collect data from varying sources and perform statistical methods on the data.

2. Real estate development: Mapping in the survey, geographic statistics, and location addresses are one of the uses of GIS in real estate. A large collection of data is analyzed to help investors determine which areas would best prosper and work for real estate. It is done by even considering population and demographic features available in a given location. Land with the best characteristics can be sorted an organized as-needed together with its characteristics. Robust geographic systems may be designed to even send update information to clients who have indicated interest in real estate.

3. Urban and Rural Planning: Various ideas and innovations are being brought out by GIS to ensure the construction of world-class cities, towns, and rural areas with the least congestion. Various developments like electricity, roads, railway, optic fibre, water and sewer lines which determine how an urban or rural area are also in control of Geographic Information Systems.

4. Geo-demographics: This social science involves studying a population of a given location. This population might belong to human beings or even sometimes animals. Geo-demographics specifically seek to address how many people are living at a given place over a certain time. Population maps can thus be analyzed using GIS.

5. History: History is the social science that involves the study of past activities. Geographic history involves the study of formation and activities of geographic features like volcanic mountains, plateaus, hills, and plains and depressions. All these features affected humans who existed then and must be studied to always be on the lookout today. History also involves the study and excavation of fossils. Fuels like petroleum and human remains are part of the fossils studied. These remains are usually in most cases buried very deep below the earth serves after long periods of geo-activities. It may thus be difficult to piece out useful information without the use of geographic systems like GIS. The Geographic Information System can be used to analyze their depths and characteristics before even an actual excavation by historians who want to do further research on them. GIS is thus essential in tracking the existence of man in History.

6. Emergency planning: In this field of study, much can be done through GIS. We all acknowledge that
sometimes emergencies are unavoidable and wise decisions must be made to save lives. These emergencies, like flooding and fire tragedies, require a quick response and accurate mapping by relevant authorities in various governments which has been done manually. However, most governments have, with time begun to adopt GIS to help in any analyses that may be required. GIS can be integrated with weather systems to offer predictions and useful statistics that help in decision making by the government. Satellite images of places encountering disasters can also be sent for analysis and giving way forward to any base station on earth for processing by GIS. These systems would send help to enable navigation during evacuation operations of affected victims.

7. Criminology: Criminal investigation by intelligence services has received great help from GIS. People who may be undertaking illegal activities can be tracked. Some satellites even can view images on earth, and this can be used to haunt those trying to escape the arm of the law.
Digital images displayed on computer systems of police departments are delivered at ease for investigation operations.

8. Transport modelling and support: Aviation is one of the fields in transport that receives maximum support from GIS. Transportation by Air is so delicate that the systems put in place must be very accurate to avoid plane crash tragedies. Location of aircraft can be tracked by the use of radars that are integrated with GIS, and this is very useful during reporting of air travel emergencies that might require quick action. Structures like those erected on roads and railways must also be fully analyzed before their construction starts. The road and rail construction cannot be completed in some places that have hazardous potential in the future. Slopes and drainage features are thus easier to study on who they can in the future or today affect transport systems.

The Importance of GIS in Pipeline Surveying and Development