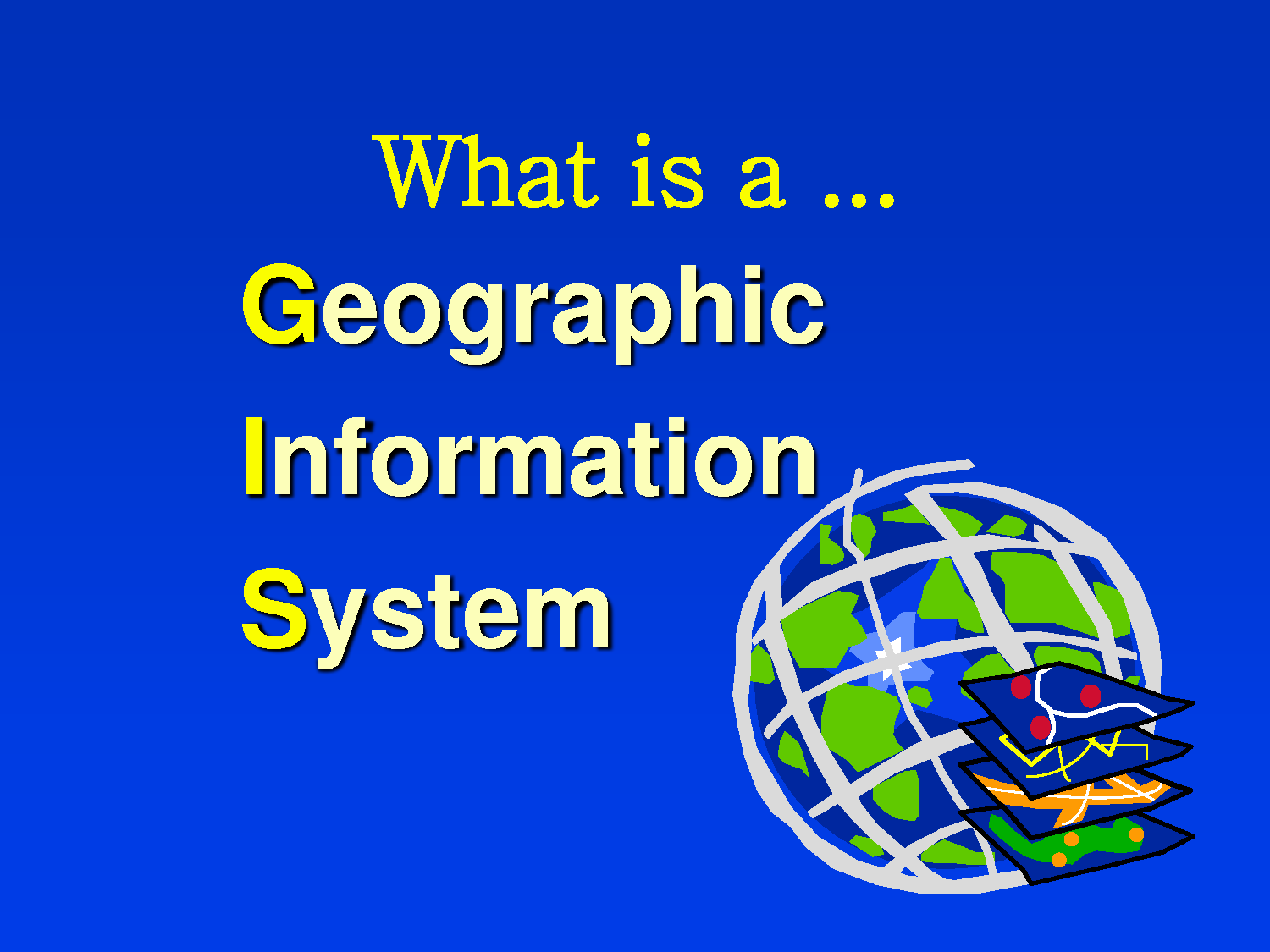 Geographic Information System (GIS) is a computer system build to capture, store, manipulate, analyze, manage and display all kinds of spatial or geographical data. GIS application are tools that allow end users to perform spatial query, analysis, edit spatial data and create hard copy maps. In simple way GIS can be define as an image that is referenced to the earth or has x and y coordinate and it’s attribute values are stored in the table. These x and y coordinates are based on different projection system and there are various types of projection system. Most of the time GIS is used to create maps and to print. To perform the basic task in GIS, layers are combined, edited and designed.

GIS can be used to solve the location based question such as “What is located here” or Where to find particular features? GIS User can retrieve the value from the map, such as how much is the forest area on the land use map. This is done using the query builder tool. Next important features of the GIS is the capability to combine different layers to show new information. For example, you can combine elevation data, river data, land use data and many more to show information about the landscape of the area. From map you can tell where is high lands or where is the best place to build house, which has the river view . GIS helps to find new information. 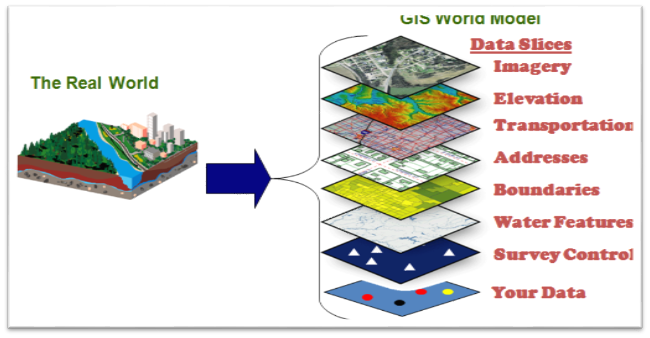 In the strictest sense, a GIS is a computer system capable of assembling, storing, manipulating, and displaying geographically referenced information (that is data identified according to their locations). (USGS)

Modern GIS has seen series of development. GIS has evolved with the computer system. Here are the brief events that has happened for the development of the GIS system.

Year 1854 – The term GIS that used scientific method to create maps was used by John Snow in 1854. He used points on London residential map to plot outbreak of Cholera. 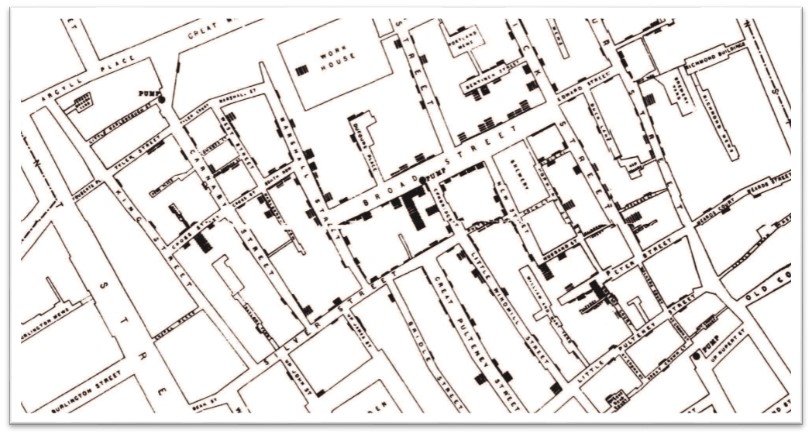 Year 1962 – Dr. Roger Tomlinson created and developed Canadian Geographic Information System (CGIS) to store, analyze and manipulate data that was collected for the Canada Land Inventory (CLI). This software had the capacity to overlay, measurement and digitizing (converting scan hardcopy map to digital data). It is never provided in commercial format but Dr. Tomlinson is the father of GIS. 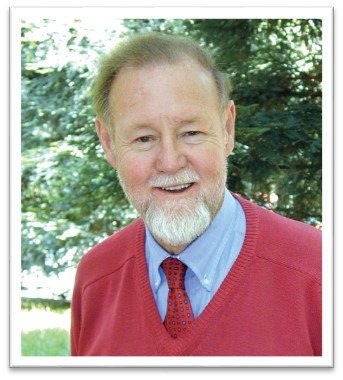 Year 1980 – This period saw rise of commercial GIS software’s like M&S Computing, Environmental Systems Research Institute (ESRI) and Computer Aided Resource Information System (CARIS). These all software were similar to CGIS with more functionality and user-friendliness. Among all the above the most popular today is ESRI products like ArcGIS, ArcView which hold almost 80 % of global market.

Hardware: Hardware is the physical component of the computer and GIS runs on it. Hardware may be hard disk, processor, motherboard and so on. All these hardware work together to function as a computer. GIS software run on these hardware. Computer can be standalone called desktop or server based. GIS can run on both of them.

Data: Data are the fuel for the GIS and the most important and expensive component. Geographic data are the combination of physical features and it’s information which is stored in the tables. These tables are maintained by the RDBMS. The process of capturing the geographic data are called digitization which is the most tedious job. It is the process of converting scanned hardcopy maps into the digital format. Digitization is done by tracing the lines along the geographic features for example to capture a building you will trace around the building on the image.

People: People are the user of the GIS system.
People use all above three component to run a GIS system. Today’s computer are fast and user friendly which makes it easy to perform geographic queries, analysis and displaying maps. Today everybody uses GIS to perform their daily job. 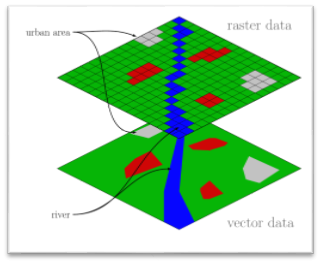 Vector Data: There are three types of vector data, points, lines and polygons. These data are created by digitizing the base data. They store information in x, y coordinates. Vectors models are used to store data which have discrete boundaries like country borders, land parcels and roads. 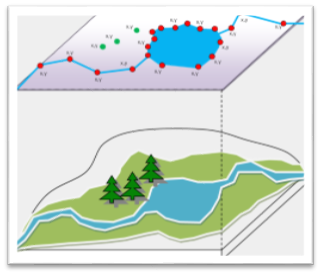 Advantage and Disadvantage of using raster and vector Data

Tech Tip: Experience the ease of comfort to load/access your essential GIS applications at your convenience with remote accessibility on any device(PC/android/iOS) with virtual PCs from www.CloudDesktopOnline.com with 24*7 top-notch technical support from one of the best DaaS providers – Apps4Rent.