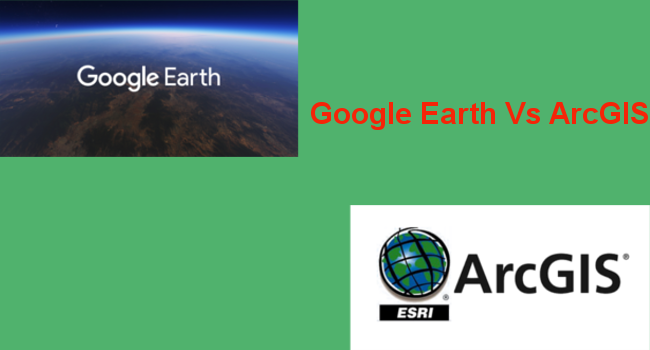 6. Easier to use: Google earth has an easy user interface that makes it easy to use the platform. It does not require any additional features or calculations before usage. After installation, usage can be instant.

8. It is free: Google earth is available for free and can easily be downloaded and installed on a PC or a mobile device. Usage of the platform is easy and instant.

1. Mainly used to provide infrastructure for maps creation:
ArcGIS is a platform that offers scientist an opportunity to create maps through cartography.

7. Requires skills to analyze and customize:
In order to effectively work with ArcGIS, one needs specialized skills relating to data analyses. This is not mandatory with Google earth.

8. Allows you to create a report and present: ArcGIS allows users to create reports from its dashboard and present the report based on the data bias selected from the platform.

How to Add X and Y Coordinates in SAGA GIS

How to Remove ESRI BaseMap Credit from the Layout Window