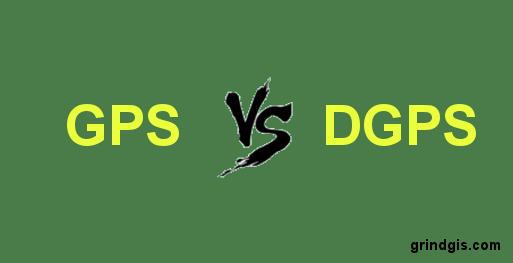 GPS: GPS known as Global Positioning System is a collection of number of satellites in the space sending the precise location details in the space back to Earth. Signals are obtained by the GPS instrument which uses to calculate  it’s location, speed, time at the location, height of the location and other info. It is very popular in the military world and was first developed by the USA military during the Cold war period. After early 1980 GPS technology is available to the public. Before the military use, 1960 was the year when GPS was first used for ship navigation by USA navy.

DGPS: Differential Global Positioning System (DGPS) is an enhancement to the GPS (Global Position System). GPS system based on the satellite technology can have the nominal accuracy of 15 meter whereas DPGS can bring accuracy around 10 cm. DGPS uses the fixed ground based reference stations to broadcast the difference between the coordinates from the GPS and from the fixed position from the base station. The digital correction signal is transmitted to all ground based transmitters called rovers. DGPS rely on two stations one is base station and next is rover. 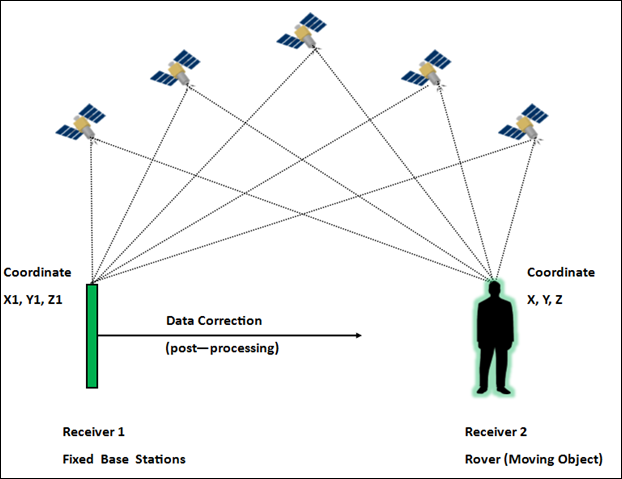 Difference Between GPS and DGPS:

3. GPS instrument can be used globally where as DGPS are meant locally may be within 100km. DGPS accuracy will start to degrade once instrument distance from ground based transmitters start to increase. Best results by the United States Department of Transportation was 0.67 m error growth within 100 km.

4. GPS system is affordable compare to DGPS system which is why all smart phones have built-in GPS system.

5. In GPS satellite transmit signal in frequency ranging from 1.1 to 1.5 GHz. In DGPS frequency varies by agencies, here is the list of frequency used by different agency.

6. GPS accuracy is highly depend upon the number of satellites used for the calculation, for example there will be better accuracy on open space compare to the forested area, read this. DGPS accuracy is not affected by these variables, it might be affected by the distance between transmitters and the instrument (rover).

Few Resources that Discuss about the Difference Between DGPS and GPS:

3. A Comparison of Accuracy Using a GPS and a Low-Cost DGPS, Read Here

5. An insight on Canadian DGPS use on the Coastal Region: Read Here

6. A pdf file that list frequency ranges used by DGPS all over the world: Read Here

Checklist to Create a Map in a Well Design Layout